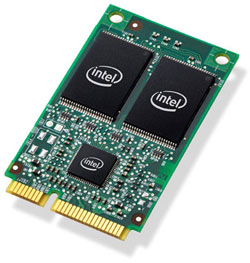 Solid State storage continues to drop in cost and grow in popularity, while hard disk drives are still making a strong showing at CES 2013. Let's take a look at some of the offerings in these categories from this year's show floor:

Western Digital Helium-filled hard disk drive - By filling the gaps between drive platters with helium rather than air, the new drive from Western Digital's HGST fits seven platters in a typical drive instead of the standard five. The drives also fit more data on each platter, and offer reduced drag for faster operation speeds and cooler running temperatures.

Toshiba SDHC Memory Card with TransferJet technology - As devices become smaller, more capabilities are combined in to fewer components. Toshiba's new SDHC memory card employs a TransferJet receiver, a promising new wireless communications technology, along with NAND flash memory. In prototype only, the technology, if released, will find a home in digital cameras, PCs and other devices that use SDHC memory.

More Advances in Flash Memory - Look for more durable, longer lasting, higher capacity NAND flash memory cards and Solid State Drives as companies like Macronix find a way to extend the write life of flash cells with exposure to temperatures near 800 degrees Celsius. “Flash companies will be working with this new development for 2013, since the reduction of wear and tear in flash cells means that TLC, or three-level cell, flash will get more use,” say our friends at the blog Premium USB, http://blog.premiumusb.com/2012/12/flash-digital-storage-in-2013/ in their own 2013 preview.