The Ever-changing Face of RAID Servers 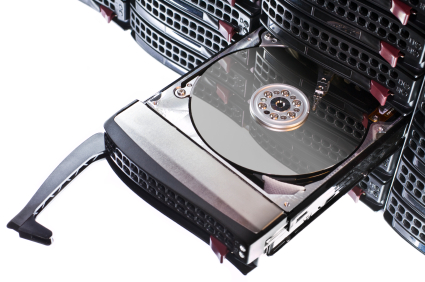 RAID server technology has changed dramatically since its inception in the 1980s. At the time, RAID was introduced as a solution to dropping input/output speeds as CPU speeds and memory performance advanced but storage media just couldn't keep up. RAID became a less expensive, multi-drive alternative to “single, large, expensive disks” (SLEDs) of the time.

Today, RAID plays an important role not just in system performance speeds but in the protection of your data. Back-ups are inherent in many RAID configurations due to the way data is “striped” onto multiple drives.

Today's RAID drives barely resemble those we saw last century. (Yes, it was the previous century when RAID was first introduced). Wide striping, storage virtualization and erasure coding are changing RAID as we know it, enhancing its performance and reliability even further, and altering the old-school definitions of RAID servers.

In a virtual storage solution, data can move freely between RAID sets, HDDs, flash storage media and multiple arrays. This takes performance to a new level ... but makes the recovery process even more complex should a system failure occur.