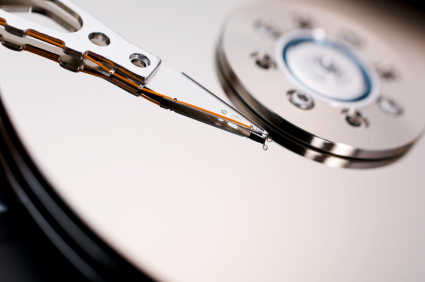 From the moment you unwrap your hard disk drive, install it in your RAID array, plug it in and begin using it, your drive begins a slow decline toward inevitable failure. Any hard disk drive, even enterprise class SAS hard disk drives used so frequently in mission critical RAID arrays, are prone to fail, even though their mean time between failure may be counted in decades.

A number of factors contribute to a hard disk drives' inevitable demise, including read/write cycles, environmental factors such as heat, dust and dirt that may get in to the drive, and even vibrational rotation that occurs each time the drive is used.

What is Rotational Vibration?

As with any mechanical device, the spinning platters of a hard disk drive cause the drive to vibrate. The amount of vibration a hard drive can withstand before failure is called its vibrational tolerance. Enterprise class SAS drives are designed to have a higher vibrational tolerance than SATA drives or NL-SAS hard disk drives... which is a good thing since they also spin faster, causing even more vibration.

This vibration in one drive, by itself -- such as a hard disk drive in your laptop or netbook -- probably isn't going to shorten the life span of your drive by much. But when a drive is grouped in a RAID array and then housed, next to the other drives, in a metal enclosure, these drives all rotating together cause something called vibration harmonics. Cooling fans, air conditioners, power supplies and even the rack itself can compound the problem. Vibration harmonics can move the heads out of track alignment, reducing performance and potentially causing read/write errors and the loss of data.

In addition to having higher vibration tolerance, enterprise class SAS drives offer technology that minimizes rotational vibration, moving the disk heads in accord with the vibration so they stay in the right place on the platters.

Rotational vibration can reduce performance in SATA drives as well as reducing the life of your hard disk drive, eventually resulting in RAID failure. Even  enterprise class SAS drives have different vibrational tolerance levels. When you choose an SAS drive for your mission critical data, choose one that can meet the demands you place on it in your RAID array to avoid RAID failure and a data recovery emergency.

“One of our largest manufacturing facilities had a major disk array crash.  This DEC Alpha (VMS) system was targeted for retirement within several months, and housed some legacy and proprietary applications that were absolutely impossible to reproduce. Therefore, we called 24 Hour Data and explained our dilemma.  We were dealing with twenty year old technology array drives, with an antiquated version of VMS disk striping!  After relating all the technical details, they seemed, and, reported back confidently that the drives could mostly likely be repaired, and then a low level image could be transferred to a known good drive.  Although, we were very impressed with the professional communications we received up front, we remained doubtful that this obsolete hardware could undergo any kind of restoration.  Upon the return of the drives to our utter amazement 24 Hour Data achieved what we all deemed as a miracle and thought to be an unattainable restore!  In the past years we have dealt with hundreds of vendors.  However, the professional etiquette and follow-up given by 24 Hour Data was at the top of the charts.   I cannot elaborate enough accolades toward the entire staff, and, recommending 24 Hour Data to large or small organizations anywhere in the world.”
David Ponthieux
International Paper, INC