Nano-Magnet Hard Drives Take Data Storage to the Next Level 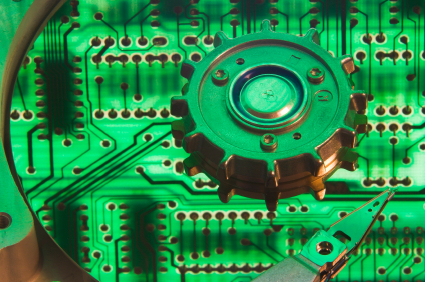 As Solid State Drives and HDDs sit in a stalemate in the format wars for storage media, researchers at the University of Leeds in the United Kingdom, collaborating with scientists at Tokyo University of Agriculture and Technology in Japan have come up with a hard disk drive concept that sounds like it's right out of the pages of a hard science fiction novel.

A type of iron-eating bacteria has been discovered, which creates magnetic bacteria similar to the magnets in hard disk drives, but with a much grater storage capacity.

This nano-magnet hard drive concept could create hard drives platters capable of holding 8 terabits of data per square inch; that's eight times the current “industry best” of one terabit per square inch, a milestone Seagate achieved earlier this year. These new drives would boast even faster i/o speeds and processing times, as well.

The bacterium Magnetospirrillum magneticium, which is found in ponds and lakes and swims along the planet's geomagnet field, can produce tiny crystals of magnetite after ingesting iron. This is the most magnetic material on Earth. When the process is harnessed and directed in the laboratory, outside of the bacteria, it creates hard drive magnets capable of greater speeds and greater storage capacity.

When Will We See These Hard Drives?

No word, yet, on when major manufacturers like Western Digital and Seagate will begin applying the process and nano-magnets to hard disk drive developments. But when they do, we will certainly see shake-ups to the hard disk drive manufacturing industry, including performance, price points, capacities and hard disk drive sizes.

24 Hour Data will keep you posted as we stay on the cutting edge of nano-technology for hard drives.